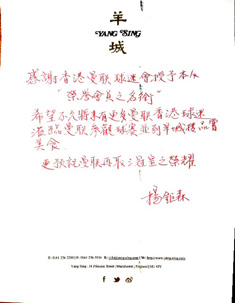 Born in Guangzhou, China in 1953, Mr. Yeung moved to Hong Kong with his family in his childhood years and became a Cantonese dim-sum apprentice at the age of 13. In the 1970s, he moved to the United Kingdom with his parents to seek for a living, and founded Yang Sing in Manchester Chinatown together with his family in 1977. Under Mr. Yeung’s leadership, Yang Sing has continuously obtained much accolades and from the British media and won numerous awards in prestigious culinary contests in its 36-year history. Today, Yang Sing is widely considered to be one of the best Chinese restaurants throughout the United Kingdom, and Mr. Yeung an industry leader.

Mr. Yeung also takes an active role in the British Chinese community. His outstanding contributions was recognised by the British Monarchy and he was bestowed a Member of the Most Excellent Order of the British Empire (“MBE”) in the 2004 New Year’s Honours List.

Mr. Yeung is a long-time supporter of Manchester United and a season-ticket holder. He takes pleasure in welcoming Manchester United supporters visiting from Hong Kong and had recently agreed to give MUSCHK members a discount offer for consumption at Yang Sing.

It is fitting that on the day of his 60th birthday that MUSCHK name him an Honorary Member in recognition for his support to MUSCHK and Manchester United supporters from Hong Kong. We would like to wish Mr. Yeung a joyous and healthy life.[/two_fourth] 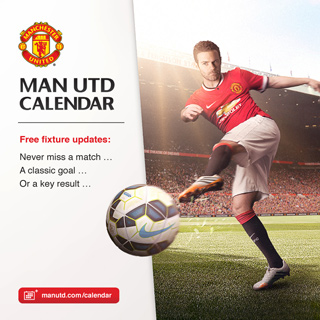